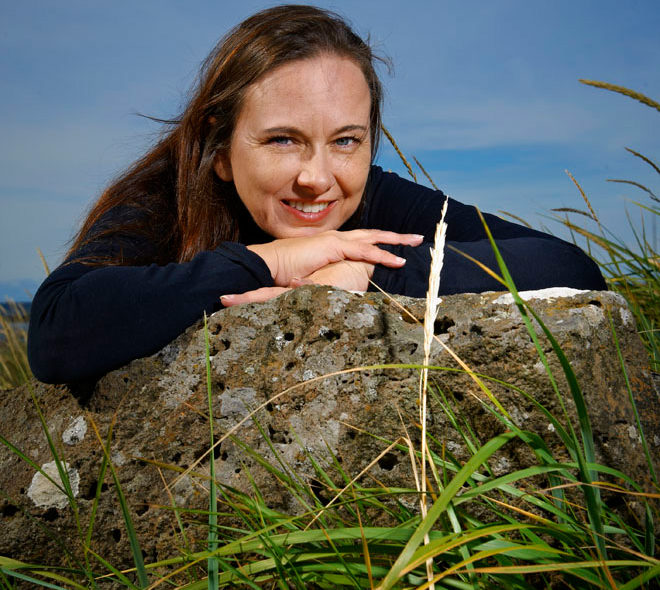 When did you decide which genre was right for you and why?

I began my writing career writing books for pre-teen children. These books were situation comedies, with children at the center of the action. After five such books I was really tired of being funny, which is much more difficult than being horrible. Humor is a very fine line that is hard to thread and it is very easy to fall on either side of it, go too far and be ridiculous or not far enough and be not funny at all. I was also feeling a bit constrained by the innocence of my readers that I did not want to ruin in any way, making certain topics off limits. I needed the freedom of writing for an audience that was more jaded and previously broken in when it comes to the awful things life sometimes dishes out. So I decided to shift to writing for adults, about ten years ago. It was an easy choice regarding subject matter as I feel one should write books that one likes to read as it is next to impossible to write a good novel if you do not enjoy the premise and respect it. So I would be a miserable love story writer or vampire book writer, not to mention experimental prose writer. 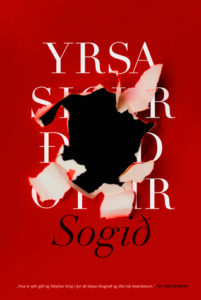 Where do your ideas come from?

Everywhere – many things inspire me, something I may see out of the corner of my eye can be the seed from which a story will grow – as can the news or stories that I hear during discussions with the people around me. Something on the radio, in the papers, passersby, memories, in the landscape – it is amazing what one can come up with when on the lookout. Life is amazingly colorful and as a result plot ideas are endless. What matters most is finding the catalyst that turns the thought process on, after that it is a matter of thinking. And thinking. And thinking. And thinking.

What are your writing habits?

I do most of my writing at home, in a sofa surrounded by my family life. I do not need a quiet environment or any particular music, although I do like to have a horror movie running on a tablet beside me for some reason. I am not watching, I just like the sounds and find that they help me get into the zone. While writing my last book I ran through all five seasons of the Walking Dead. Every time I diverted my eyes to the screen someone was being bludgeoned, which was exceptionally fitting somehow. But during the course of a book I also make one or two trips abroad to someplace hot to write on the beach. It helps me conjure up feelings about the cold and snow and put them into words. It is also a total break from all other obligations and worries about whether or not the cat is hungry and so on, giving me full opportunity to focus on the book at hand.

When you begin a new book, how much of the plot do you know before you start writing?

I have no system that works for every book, sometimes I need to plot it out in detail, other times I start and plot while I write. Both methods have worked fine and usually the book itself selects the method for me. But the two things I know before writing any book is that I know how it is to begin and how it will end. Most often I also think I know how I will go from the beginning to the end but that does change during the writing process, not in least part because I decide to throw in things that make the story more difficult for me to write and figure out and as a result, more interesting for the reader. 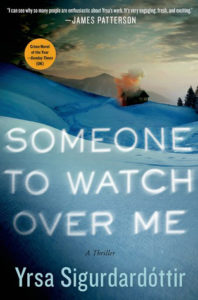 Who or what was your inspiration for Thora, your famous heroine?

There was no single person that inspired me but I did want her to be typical of an Icelandic woman, someone that juggles family life and work and has a laid back attitude towards life in general. I also needed her (it was always clear it would be a female) to be fleshed out enough to be realistic on top of interesting so that repeated visits into her world would not be boring, for both me and the readers.  The choice of profession was limited as not many people come across murder routinely while working and basically the selection was between her being employed as a police officer, a reporter, some sort of CSI tech, a coroner, a lawyer, a judge or an undertaker. After giving it much thought, I liked the idea of a lawyer the most. Nearly everyone that was writing crime fiction in Iceland at the time was writing about a depressed policeman so that had no appeal at all and the tech/CSI side of murder investigations requires a lot of knowledge that I do not have so that option was also out. But I have a very good friend who is a lawyer and was willing to help out with the legal side of things so that ended up being the obvious choice. 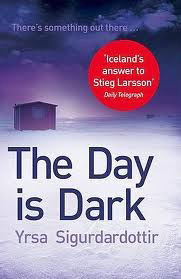 What was the greatest challenge in writing your first thriller?

When I wrote my first thriller I had already written 5 books for children so I entered the filed with something of a head start I suppose. There is really not much difference in difficulty level between the two. For both you must arrange a plot and a set of characters that will carry your story. Writing for adults allows for more freedom since there a lots of things that are not appropriate for a children’s book but are fine in a book for grown-ups. Hard pressed I would say it is harder to write for grownups based only on the fact that these books have more pages. I suppose the most difficult thing about the transition was getting rid of the nagging worry that the crime described was too elaborate. Most Icelandic murders are really very lame and it felt almost like writing sci-fi. In nearly all Icelandic murder cases the murderer is found at the same time as the body, standing over it, knife in hand wondering what the hell just happened.

What was your inspiration for the “Silence of the Sea”?

I wanted to write a modern day take of the mystery of the Mary Celeste, a story that had captivated me in childhood. For those that do not know this story, the Mary Celeste was a large sailing ship found adrift and deserted in the Atlantic Ocean in the late 1800s. The ship was in fine condition and under sails, but everyone had disappeared from board along with the lifeboat. The cargo was intact and nothing on board appeared disturbed. The people on board, the captain and his wife, their infant daughter, and a crew of seven—were never seen again and what happened that made them leave the ship remains a mystery. I of course provide an explanation to what happened to my characters that go missing from the yacht. But only at the very end.

Your new thriller is “Sogið”. What does it mean and what’s the plot of the book?

Sogið means Vortex and the idea behind the title is being sucked under and unable to return to normalcy. In 2004 a young girl is raped and murdered in Hafnarfjörður. Twelve years later a time capsule is removed from the ground in Reykjavík, having been buried for ten years. Amongst student descriptions of what Iceland will be like in 2016 is a letter stating that a number of people will be killed, all identified by their initials. Simultaneously two severed hands are found floating in a hot tub in the city, having been removed from someone alive. Yet no one has been reported missing, or missing any hands. But when the first mangled dead body does turn up and is shortly followed by another it soon becomes evident that the letter from the time capsule is not to be taken lightly. Policeman Huldar, introduced in DNA, has fallen from grace in the police department following his handling of that case. He is no longer department head and shunned by most of his former underlings. His relationship with child psychologist Freyja is also in ruins, something he hopes to rekindle by involving her in the investigation. But nothing goes as planned nor is anything as it seems. 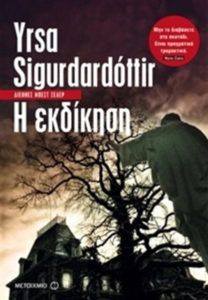 I love reading and cannot imagine living without books. I mostly read crime fiction and the occasional horror novel (there are too few good ones available unfortunately). I also like reading apocalyptic books and science fiction. I have numerous favorite authors, to name some there are Sara Blaedel, Neil Gaiman, Hannah Kent, Sophie Hannah and Jo Nesbo.

What did you like to read when you were growing up?

I really loved Astrid Lindgren’s book “My brother Lionheart.” I have read it as a grown up and it is still wonderful. Cannot be highly recommended enough. I also liked Enid Blyton’s books about kids solving crimes and all books involving children being stolen by gypsies or similar. I also loved ghost stories or stories with mummies. 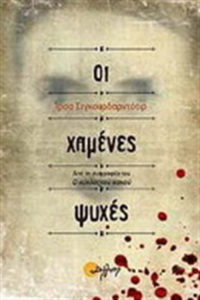 What is your advice to aspiring writers hoping to get published? Do you believe writing courses are helpful?

If you have an idea for a book, or are writing a book, try telling someone what the book is about. If it takes you a long time and you catch yourself saying…and then he/she goes here and then this and then that…. You should rethink your story and find the essence, what is it about in brief? Also keep in mind when writing that from the beginning to the end of each chapter the story must have shifted, a bit or a lot. A chapter that leaves everything status quo can be deleted and has no business being in the book.

I can mention Ragnar Jonasson, a young and upcoming Icelandic crime writer that I am certain will do well in the years to come. 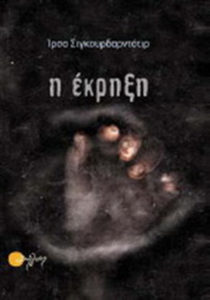 Where do you think the Scandinavian mystery boom is attributed?

I think that Henning Mankell and Stieg Larson had a lot to do with the success of the genre. Both authors proved to people all over the world that crime fiction from this area is immensely entertaining. But two great writers are not enough to maintain a boom as continued success depends upon what happens after. Thankfully, there is no lack of great crime writers from the Nordic region so I do not think this wave will die down anytime soon. If ever.

Your favorite Scandinavian writer and why?

I have recently begun reading Sara Blaedel and enjoy her books immensely. I also like Jo Nesbo, his books are thick as a brick which is nice and no longer common.

Why do Scandinavians write such great crime fiction?

The fascination Scandinavians have of social issues is a key factor, everyone from the Nordic countries is interested in this topic and the crime writers are no exception. The books therefore tend to have an added layer where some issue is brought to the foreground for inspection. This makes the books fleshier I believe.

Can you give us a sneak peek into your next book?

I am about to start writing the third book in the Freyja and Huldar series and am currently mulling over ideas for it. Presently I am thinking of having it in some manner linked to the fishing industry, and have sent out a request to one of the bigger commercial fishing companies regarding if I could go for one tour with one of their boats. But we will see. 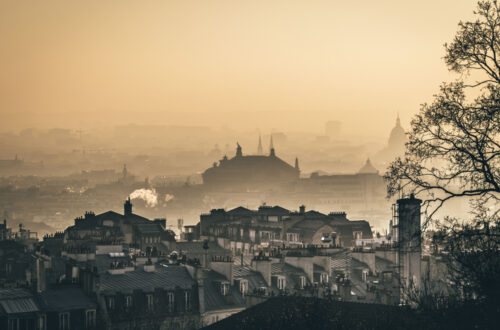 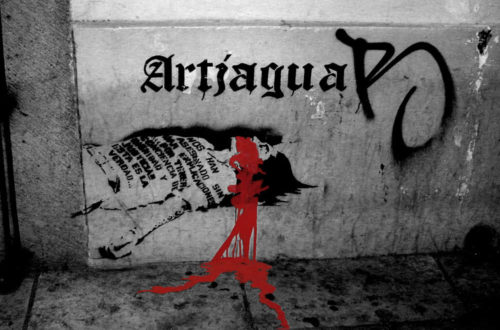