What is the hardest thing about being a writer?

The hardest part of writing is sitting down and doing it. Only after a while, when something takes you over and you are no longer writing but, it seems, you are being written, does writing become a possession. Jan Ryhs used to say, “A writer is a pen,” and I would ask, “Do you imagine the pen in the hand of someone else?” and she would answer, “In the hand of someone better than you are.” She also said, “All of writing is a huge lake, and there are great river that feed the like, such as Tolstoy and Dostoyevsky, and there are trickles that feed the lake, like Jean Rhys. One must keep feeding the lake.”

How do you start your stories? With a character, a phrase or an idea?

All three, plus a sense of possession, of being possessed by the need to create a world in which characters, phrases, ideas occur, but a world larger than these.

How do you know when you’ve reached the end of a story?

I don’t know, but must put the story aside for a while, sometimes years, and, on reading it, have a sense of having created a world that is now self-sufficient. Cutting is very important.  Again, Jean Rhys told me that Ford Maddox  Ford told her, “When in doubt, cut.

There is only ONE great American novel, great enough to stand with all the great novels of England, France and Russia, and that is Herman Melville’s Moby Dick.

Who were the writers you admired when you first started writing?

Both Henry James and Ernest Hemingway, two very different writers, but also similar in the way that SOMETHING comes off their writing and seems to sustain itself, to float,  just above their writing, SOMETHING which their writing refers to but never names.

Who are the writers you admire now? Do you read your contemporaries?

Oh Lord, I am at fault for not reading contemporary writers, but I wonder if many writers do!

What about the “Great American Novel”. Has it been written, yet?

There is only ONE great American novel, great enough to stand with all the great novels of England, France and Russia, and that is Herman Melville’s Moby Dick. I am amused by must-read lists of American  writers who are meant to be great and find, among them, To Kill a Mockingbird, Catcher in the Rye, which are not great novels, not as great as the fiction written by Austen, Dickens, Hardy, Balzac, Stendhal, Flaubert, Dostoyevsky, Tolstoy, Chekhov, and not even Hemingway and Fitzgerald are any where as great. Henry James I wonder about.

What is your advice for writers who are just starting out?

A young writer starting out usually reads the autobiographies and biographies of the writers he is most interested in, and finds that almost all the writers, if not all, have suffered; the young writer thinks, it will be different for me, I’ll be successful as a writer without all the debts, the bad reviews, the rejections, the humiliations, until he finds he has had to fight against just such suffering, and even the fight will not see him gloried in his craft.

I do believe that writing depends more on that SOMETHING that can’t be written than what can be;

Who is your favorite character in literature and why?

When I was young, this was Becky Sharpe from Vanity Fair, the only truly honest character in the novel; and though she remains a great character in herself, she has faded for me, as have, I think, all the characters from novels that made up a world to me. Now, it is the characters from Shakespeare’s plays that most amaze me—Richard II holding up a mirror to soliloquize!

Are you familiar with the Greek literature?

In fiction, Papadiamandis, Kazanzakis, and, because he was a friend, Costas Tachsis.  There may be others, for I did, for a while, read the novels by a number of contemporary Greek  writers translated into English and published in a series by Kedros, but I’m afraid I’ve forgotten their names; they were published after the dictatorship, so were occupies mainly by that. Because of Nikos, I think I know Greek poetry well, from Solomos to Nikos; and if I read the English first I can read the Greek, especially Cavafy.

Faulkner once said: “I don’t know anything about inspiration because I don’t know what inspiration is—I’ve heard about it, but I never saw it.” What is your opinion given that you have taught creative writing in the Columbia University?

Of course I believe in inspiration, of course; inspiration is a possession, and every writer knows what possession is. Henry James wrote that a writer must try in his writing to possess his possession. I tried to make students in our class to believe there is SOMETHING in writing that is always too big to account for, but they must try to get as close as possible to that SOMETHING. I do believe that writing depends more on that SOMETHING that can’t be written than what can be; the writer tries to get as close to that SOMETHING as possible, knowing, all the while, that it can’t be encompassed in words, but merely suggest it.

Was it difficult to get “The pure lover” published due to its homosexual content?

I don’t know.  I didn’t write it to be published. It was twice as long. I showed it to two very different friends, Edward Albee, homosexual,  and Philip Roth, decidedly heterosexual, and both told me it should be published; Edward told me to cut myself out and “give the book to Nikos.”  My publisher, Pantheon, did turn it down, but that may have been because of the way it was written, though, come to think of it (and this never occurred to me), it may have been because of the homosexual element.  My editor sent it, not to as mainstream publisher, but to Beacon Press, a very advanced publisher of books on liberal causes (they were the first to publish Baldwin’s The Fire Next Time), and they took it. Odd, I never think that any reaction to what I write may be because of homosexuality!

“Please let me make the fragments meaningful”. This is a line from the journals of Nikos Stangos. Is grief better expressed in fragments?

I don’t know.  This was the way I expressed my grief – at first as poems which I then flattened out into prose and adjusted, so fragments now because they were originally a series of poems.

Was your writing affected after the death of Nikos Stangos?

I have almost given up writing everything but poetry since he died. This seems to be the only way I can express my grief.

With Nikos Stangos you have traveled a lot. You have also lived in Greece, Italy, England and USA. Which country inspired you the most and why?

I also lived in Russia for a while. They all have inspired me, Greece in the novel recently published by Hestia, Look, Look, the Flowers. I was born and brought up in the US, lived in London for fifty years, forty with Nikos and ten on my own, and now live in Lucca, Italy.  I go often to Athens, where I have a flat.

“The pure lover” is written in second-person. From my perspective this was more a dialogue with Nikos Stangos, than a memoir of grief. Do you agree?

It was originally poems addressed to Nikos.

Can you tell us about your new book published in Greece a few days ago from Hestia publications?

I wanted to write a novel about Greece, but as seen by a foreigner, so the book is very much my perspective on Greece, in which the history of the Nazi Occupation and the Civil War have had a deep impression.  I wanted to write about a boy who witnesses an atrocity, a horror that affects all his life. Though, as he grows, he has sexual impulses – homosexual – he has a horror of everything that has to do with the body, sexual arousal making him imagine atrocities; even when he does have sex with a male prostitute, the experience raises in him sadistic impulses. As a man, he encounters, in Kolonaki Square and lying on a bench, a young man who looks as if he is dying, and, recognizing him as an Albanian waiter, takes him home, where, to his mother’s astonishment, he brings the boy into the bathroom, undresses him, gets him into the bath, and while he is washing the body of the boy, tears fall from his eyes onto that dying body. I wanted to create a kind of “pieta”, a moment of grief that is pure for the helpless human body. 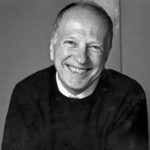 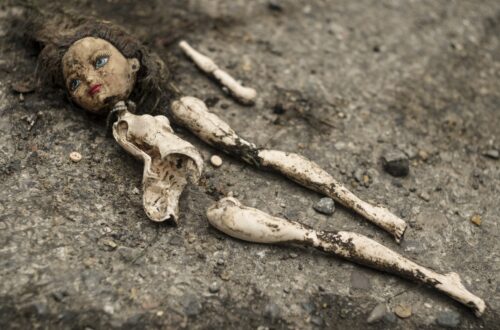